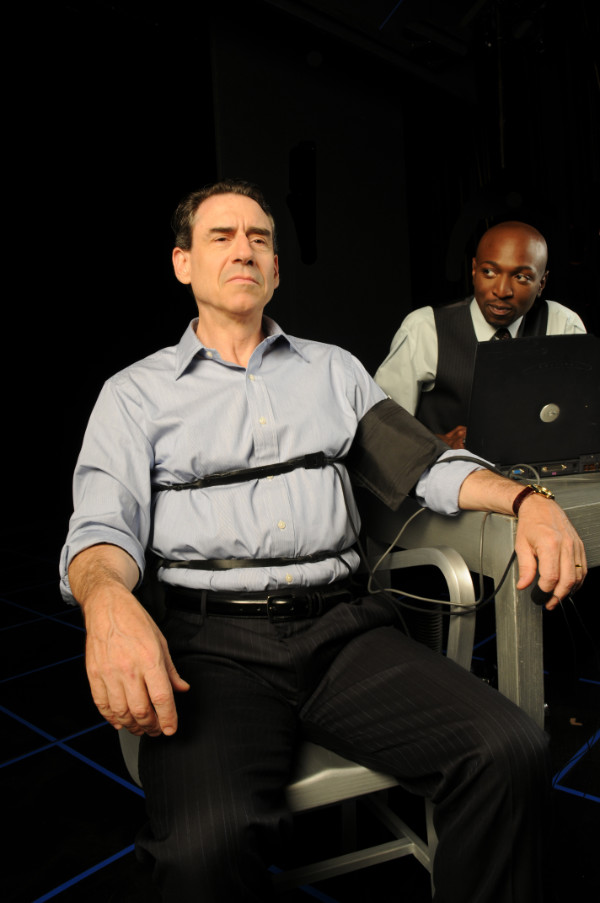 Walter Kreutzer, a microbiologist for a defense contractor, is being investigated by his employers over an incriminating memo that was leaked to the media. Walter thinks his Moroccan wife may have done the whistleblowing, and to protect her – and himself – Walter needs to learn how to defeat a  lie detector, and fast. D’avore Peoples, a polygraph consultant, is happy to help – for a price, of course. But D’avore’s technique will require Walter to look deep within himself, a terrifying prospect for a man hiding from his past.

With his best friend spying on him, his wife intent on opening old wounds, and D’avore uncovering dark secrets, Walter’s desperate journey toward the perfect lie becomes a spiral into paranoia and bitter reckoning.

Perfect Mendacity at the Asolo

“A sharp meditation on the nature of truth and lies in the post 9-11 world … Jason Wells conjures the same sort of nerve-jangling menace found in his earlier play Men of Tortuga. But here he spins a story that bears a downright eerie prescience … Wells’ play is wired with a dazzling, tightly wound, steel-spring mechanism that keeps you riveted.”

“As he proved in his play Men of Tortuga, Jason Wells knows how to build suspense and tension with clever and intriguing dialogue that clips along.”

“I want to recommend Mendacity not just as a couple of entertaining hours of theater (which it certainly is,) but as a rare attempt to witness real political art, the sort that seldom turns up on the American scene … Illuminating. I recommend it to lovers of the theater, and the truth.”

“…This look at intrigue, duplicity, and self-deception in the corporate world resonates in every aspect of human endeavor.”

“Wells … (has) every right … to take pride in this provocative, beautifully structured play.” 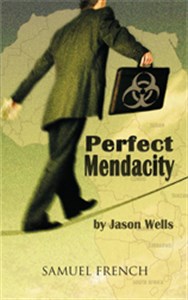