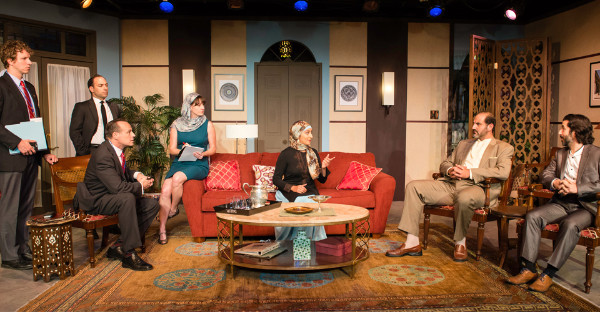 In a luxury hotel suite somewhere in the Middle East, diplomat Charles Manning-Jourdain meets with delegates of an unfriendly nation in the hope that a simple trade agreement will bring their two countries closer together. But this routine mission quickly becomes an international incident thanks to an idealistic interpreter with an agenda of her own; a belligerent official who brings a rumor of war; and Charles’s own staffers, whose attempts to cover up an after-hours party might just topple a foreign government.

The Engine of Our Ruin at Victory Theatre Center

“As intellectually provocative as it is side-splitting …”

“For those who doubt the power of words, Ruin illustrates the sheer difficulty of human communication in this finely communicated play, which establishes Wells as a writer of the first rank. Politically astute and sophisticated, Ruin will level you with laughter.”

Critics’ Pick:
“One wouldn’t expect a play about the clash between Western and Middle Eastern cultures to yield consistent belly laughs, but Jason Wells’ sophisticated new comedy about the miscommunications that result during an American diplomatic mission to a totalitarian Middle Eastern regime is consistently hilarious.”

“A comedy of errors, manners and language set in today’s unstable political arena…”

“…You won’t know whether to laugh or cry!”

News for The Engine of Our Ruin: 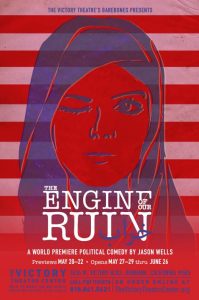 The Engine Of Our Ruin premiered at The Victory Theatre Center, Burbank, California.